Report – EUPAVE organised on 11 December 2017 an intern workshop on “successes and failures in promotion of concrete paving – learning from others” dedicated to its members and partners. Attended by 20 participants and taking place at the Metropole Hotel in the center of Brussels, this seminar included various presentations from Belgium, Poland, Spain, Italy and Netherlands. 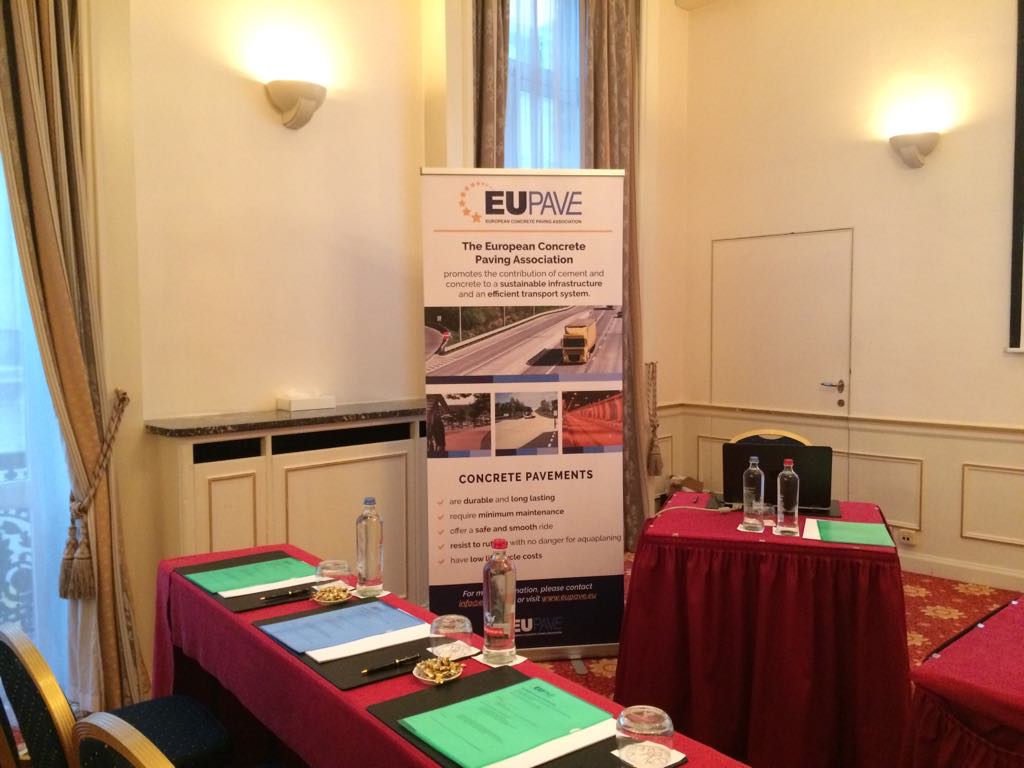 Mr. Andre Burger, Vice-President of EUPAVE, opened the workshop and introduced the objectives of the meeting such as discussing the current situation of concrete pavements in Europe and analysing the existing market barriers. The first results of a survey on the market of concrete pavements and barriers which has been circulated among members and partners were also released.  The results of the consultation should be released next year.

Mr. Luc Rens, Managing-Director of EUPAVE, presented the case of concrete cycle paths in Belgium which represent 58% of all cycle paths.

He was followed by Mr. Jan Deja, Director of the Polish Cement Association, who presented the concrete motorways of the country. In Poland about 650 kms of motorways and 800 kms of local roads are built with concrete.

After lunch, Mr. Rafael Rueda from IECA introduced the concrete paving for ports taking for example the Port of Valencia.

Mr. Paolo Piersantelli from Calcestruzzi talked about concrete for tunnels in Italy. Indeed, as he said, a number of tunnel fires in Europe showed the tragic effects of road accidents, “consequences that have clearly demonstrated the need for an appropriate choice of materials to ensure high safety and reliable availability to traffic”.

The workshop came to an end with the presentation of Mr. Wim Kramer from Cement&Beton Centrum on the advantages of using concrete for overnight truck parking with examples from the Netherlands. 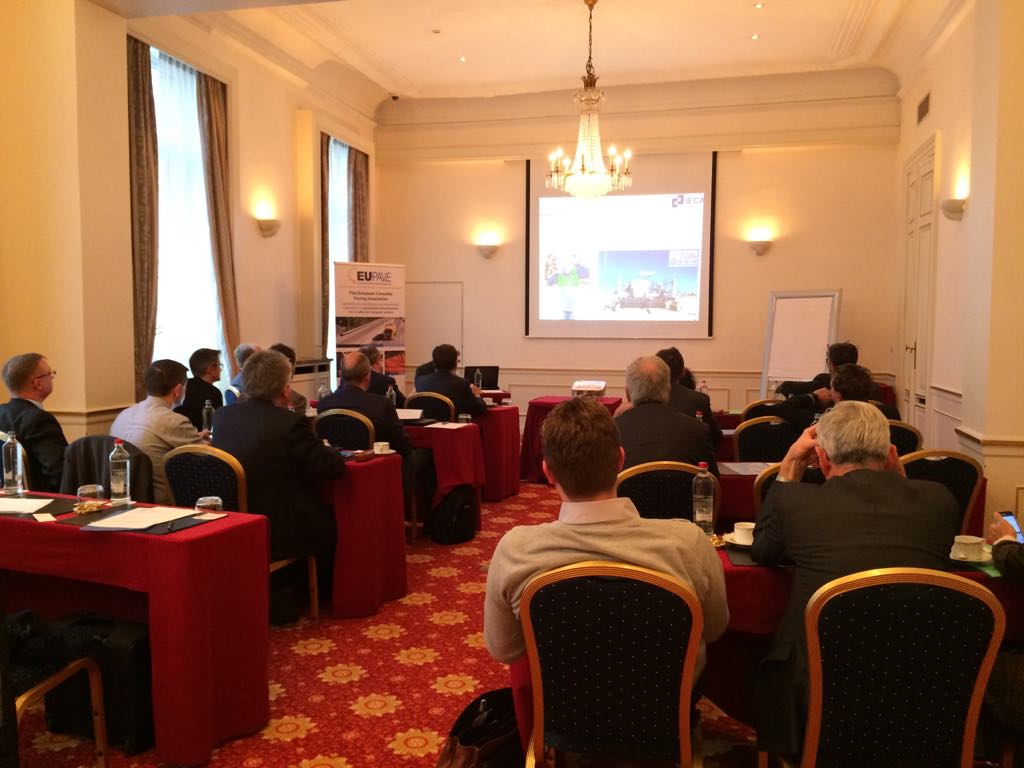